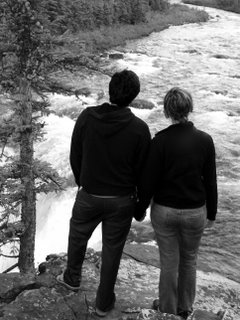 Aaron and I spent the night out at the cabin. It was so nice to get out of the city and enjoy the mountains. If you take a little drive from the cabin you get into Kananaskis, lots of campsites and picnic areas. It is very beautiful. We drove out there and went to Sheep Falls and climbed around the river.

Anyways, I've been reading this great book by Donald Miller called "Blue Like Jazz." It is just some very human and honest thoughts about Christian Spirituality. There is a part of the book that really makes sense to me. I love it because being a missionary, you usually have to explain what exactly it is that Aaron and I do. And I feel that people tend to think that missionaries go into these villages and disrupt the culture and try to force this set of beliefs on the people. And that our goal at the end of the day is to have x number of converts. And that we say things like "God be with you" and "The Lord bless you" and we are insistent and demanding and intruding and that we will go to all measures to get people to agree with us. Maybe that's just me and maybe that's to the extreme but that's what I feel people sometimes think of. 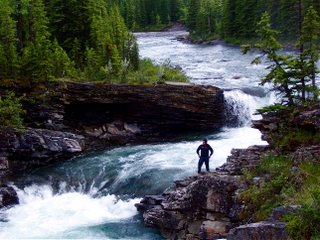 Because of this, I try to explain what we really are about. And this is where that book comes in. What I read last night portrays exactly how I feel and it really put into words what I've always thought. Here is what it basically said mixed in with my own thoughts:


The author tells of an incident where he was on a radio show and was asked to defend Christianity. He said that he couldn't do it and moreover, he didn't want to defend the term, in fact, he no longer knew what the term meant. Of all the people in the world some of them have had terrible experiences with Christianity. They may have been yelled at by a teacher in a Christian school, abused by a minister, or browbeaten by a Christian parent. To then the term "Christianity" meant something that no Christian he knew would defend. By fortifying the term, he would only make them more and more angry. Stop ten people on the street and ask them what they think of when they hear the word "Christianity" and they will give you ten different answers. The author then said, "How can I defend a term that means ten different things to ten different people? I would rather talk about Jesus and how I came to believe that Jesus is exists and that He likes me." 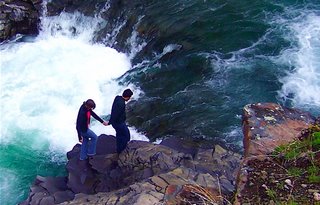 I really related to the part of the book where Donald Miller talks about not experiencing or getting excited about Christianity. He says, The beginning of sharing my faith with people began by throwing out Christianity and embracing Christian Spirituality. Christianity felt like math, like a system of rights and wrongs and political beliefs, but it wasn't mysterious, it wasn't God reaching out of heaven to do wonderful things in my life. If I were to share Christianity with someone, it would feel mostly like I was trying to get somebody to agree with me rather than meet God. 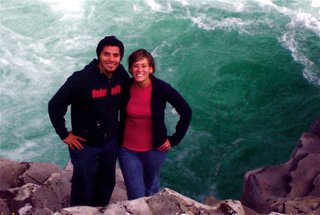 When I am on a missions trip, my deepest desire is not to share about Christianity. But I love talking about Jesus and the spirituality that goes along with a relationship with Him. We should be serious about loving people regardless of whether they consider Jesus the Son of God or not. I don't see evangelism, or whatever you want to call it, as a target on the wall in which the goal is to get people to agree with us about the meaning of life. I see evangelism as reaching a felt need. I don't want to sell my beliefs as if I am a vaccuum salesman on commission. The truth is, I have found a genuine joy in Jesus that I want to share. I don't want to win an arguement about theology, I want people to meet God and experience him. And so that's how I feel about the whole thing. I'm still trying to hammer the whole thing out, the book really helped put my thoughts together for me but I would love to hear what anyone else thinks about this.